Unless something unusual happens, we will be closing in a couple weeks on a lake lot, just to the north of Emmetsburg Iowa on Five Islands Lake.

Here is the little mini-plat with a pointer to #10 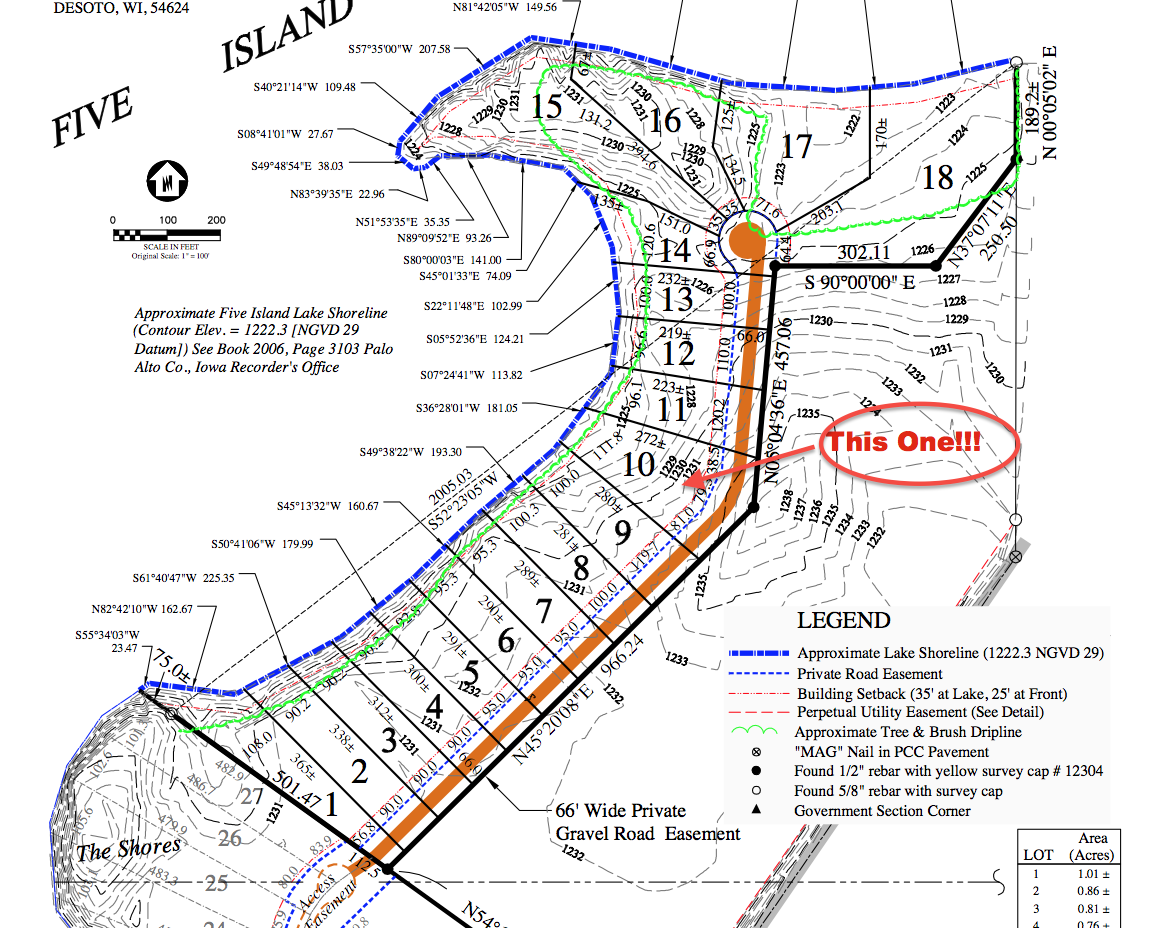 Here is capture from Google Earth of that area prior to the little road that is in there now and the lots being mapped out. The little green marker shows the lot location and you can map the little mini plat to the picture pretty well by using the point just to the north of the lot that looks a little like a horses head. 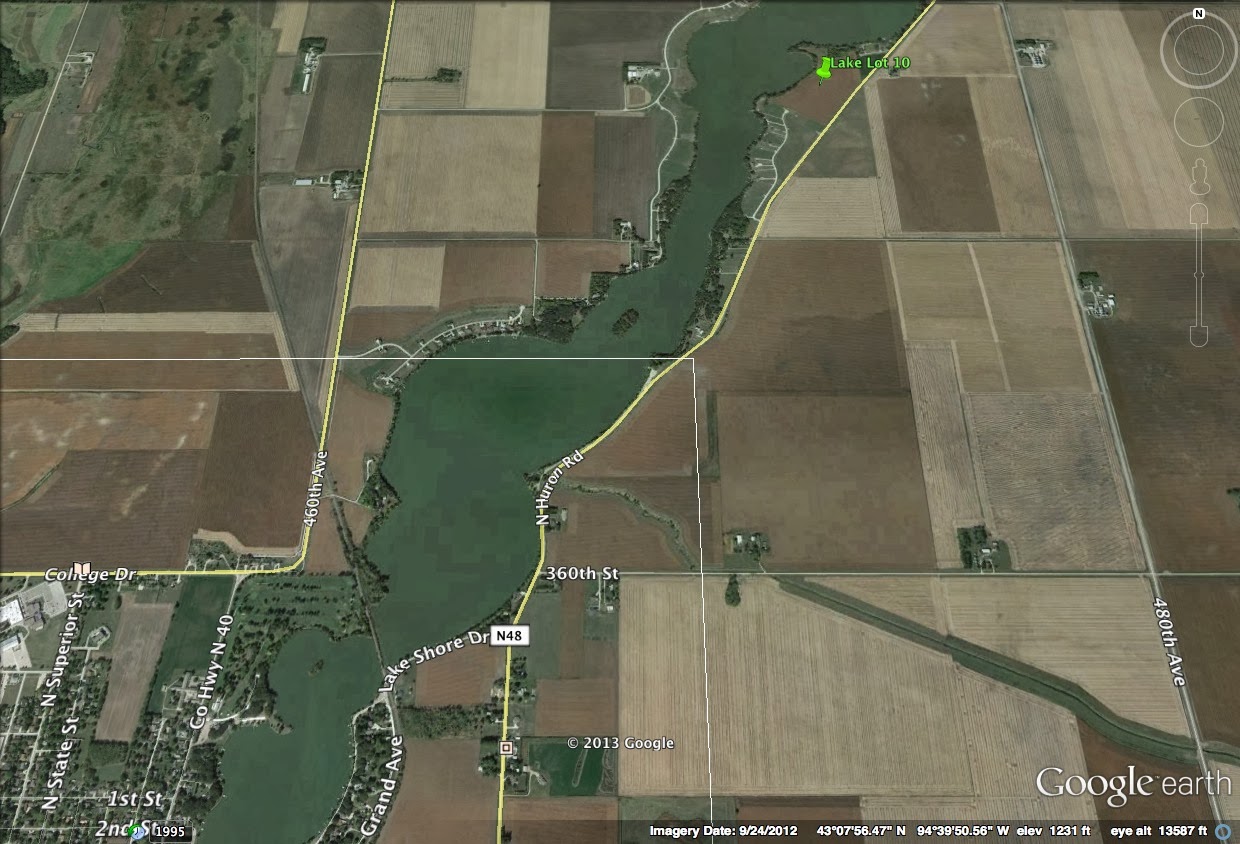 As most of you know, Marla grew up in West Bend, little over 20 miles from the lake. A lot of her family including her Mom is still in that area, and we tend to spend a good deal of time with them.

We have no moving plans. Dad is still doing well up in Barron, Keenan is in Minneapolis, Marla is still at IBM, we have church, friends, gun club and other things here, so the general idea would be to put up a good sized shed down there in a couple years that would have water/power and an insulated portion. Beyond that, the "general idea" would be to maintain both places for a good long while.

Lots of exciting future thoughts of family get togethers, putting around the lake in a pontoon and doing some fishing. I could see some future blog posts from an ice fishing shack.
Posted by Bill at 12:53 PM