‘We Only Whisper It’ | National Review Online: 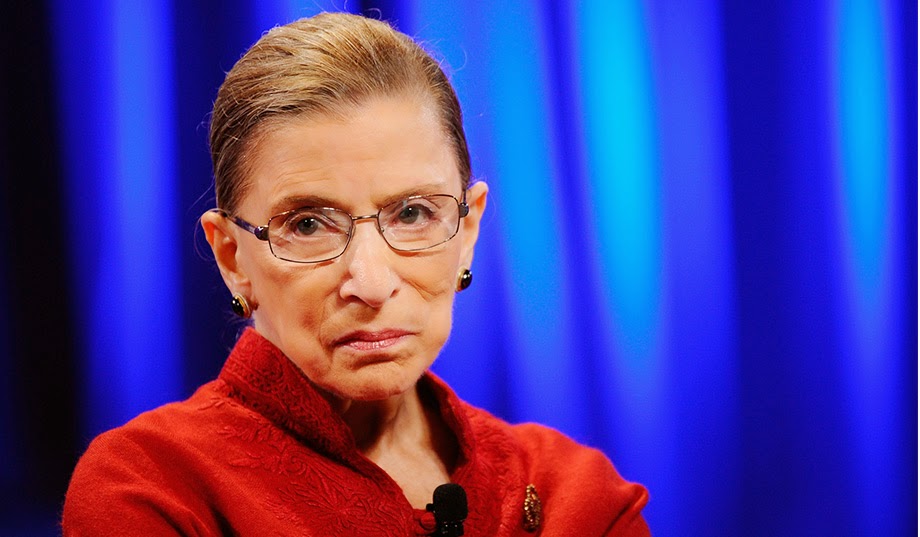 Evil doesn't always display itself openly, but after many years in the soul, it does have a tendency to become apparent ... look deeply into those eyes, they are hardened to their purpose, they know what they want to accomplish. She really could take the role of the old Spectre hag in a bond movie or the Wicked Witch of the Left with no makeup required!

The column documents the Vader Ginsburg connection to eugenics and genocide, but it is as old as statism. First you remove religion -- that which gives life meaning beyond mere drawing of breath, then you create a "brave new morality". The specifics really make no difference -- say "the greatest good for the greatest number" (utilitarianism). Sound pretty good?

How about "deformed children"? ... say Downs Syndrome like Trig Palin? Certainly they can't possibly be happy. Right? Many on the left have screeched in anger at the "criminality" of the the idiot Sarah Palin bringing the "retard" into the world -- sometimes a big too aggressively for the current level of "brave new morality", but it is clear they KNOW what OUGHT to be done!

I liked this quote from a Clinton advisor -- when you are The Party (Democrat) and you control the media, you don't have to whisper too much -- they are experts on what the "bitter clingers" can handle, so they will keep it quiet if you get a little carried away!


“You can start immediately to eliminate the barely educated, unhealthy, and poor segment of our country,” by making abortifacients cheap and universally available. “It’s what we all know is true, but we only whisper it.”

Once you take God out of the equation, humans lose inherent worth and become "assets and liabilities", at which point the State will apply some maxim like "the greatest good for the greatest number", which gives a lot of flexibility. How many "liabilities" can a State really afford? Isn't it just "reasonable" to minimize "liabilities"  and maximize "assets"?

So those in power -- THE PARTY, make the "choice". Abortion for some moves from a "right" to a "responsibility" to a "law" ... after all, the State has the interest of ALL in mind. Well, especially the "assets" -- and who are those? Well, THE PARTY!!! Certainly not "the bitter clingers", the gun toting zombies in fly-over country, the poor, the "less intelligent" -- come on, we are among friends here, no real reason to hurry.

Mankind has always known this force -- the force of death, destruction, malevolent power -- well, of Ruth Vader Ginsburg ... sometimes it is really easy to see without even looking hard.