How to Turn a Cool Moment Into a #ShirtStorm | TIME:

"The Enlightenment" is a time in the late 1700's when mankind supposedly turned from "absolutes" (like God) to "reason, empiricism, science, liberty, democracy" and was thus "enlightened.

Man became "the measure of all things" -- good and evil could be decided by physical measurement, experience, trial and error,  or a simple vote.  "Man" forgot that designation would now include "woman" with the feminizing "virtues" being applied at levels beyond sleeping on the couch. Exit the age of "mighty men", knights, poets, sages, wizards and the like -- enter the age of trashy romance novels and "the sensitive guy".

We seem clearly past the pinnacle of what was once a bold new direction. Large signs -- 100's of millions dead from the Godless "isms" of the 20th century, vast hordes of drugged, drunk, distracted masses completely purposeless, drifting to the next hit/high/distraction and horribly suicide / overdose prone. Governments mired in massive debt, corruption and pseudo-science like AGW.

Man was once supposedly about great things -- an eternal soul, the image of God, bravery, chivalry, romance, glory, wisdom --- but no longer. An accomplished scientist, scion of the "enlightenment" is brought to tears because he wore a shirt his girl friend made for him. He chose poorly -- in wardrobe.

We know little of the back-story of this but anyone that has went through our education system, corporate system, or pretty much any organization in the modern world knows that "respect for the individual" has become "respect for the resource" -- and let's face it, the net of that is often a solid knee-lift to the balls from some mid-level bureaucrat with the personal honor and competence of a slug, but the full weight and power of the modern "enlightened" system behind them.

No doubt the poor sap in the shirt was faced with the loss of his job/career/mission or his manhood , so he knelt and whimpered. Hail, the "enlightened man"!

I believe that the shirt leads us to potentially the  penultimate symbol of the "enlightenment" -- perhaps we might re-think the loss of transcendent truth just a wee bit? 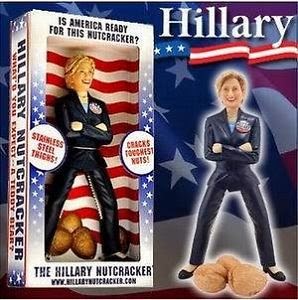