This is mostly a marker post -- I intend to put some pictures in and edit it after I return.

The general thought though -- the "nugget".

We did Jameson Whiskey in Cork, Guinness Storehouse in Dublin and this evening walked through Winchester Cathedral.

When I was over here in '89 -- first time across the pond, major business trip, excitement, anxiety, jet lag and a lot of other things. I woke up early and went over to the cathedral at like 6:30 AM and was completely awed by the size and the scope in time. Winchester was finished in 1093 and contains bones brought over from the old abbey -- built around 600. It puts me in my place -- tiny, a speck in space and time next to the majesty of God.

While I very much enjoyed our tours of Jameson and Guinness, it is hard to go through them and not say; REALLY??? You have GOT to be KIDDING!!!

The canonization of John Jameson and Arthur Guinness is along the lines of "forget Plato, Greece, Rome, Christ, Da Vinci, Newton ... or whatever name one wants to insert, it is the IRISH on which the "spirit" of Western Civilization rests in the form of Guinness and Jameson and the heroics of their founders!

I'm afraid that when one stands in Winchester Cathedral the soul feels just a wee bit more than even walking through the hall with 1000 private oak casks of Jameson, or standing in the largest Guinness pint in the world! There are actual foundations of Western Civilization, and then there are products -- certainly well crafted products with great traditions that can bring a lot of pleasure to millions, but still products. Consumables.

The pillars are BIG! 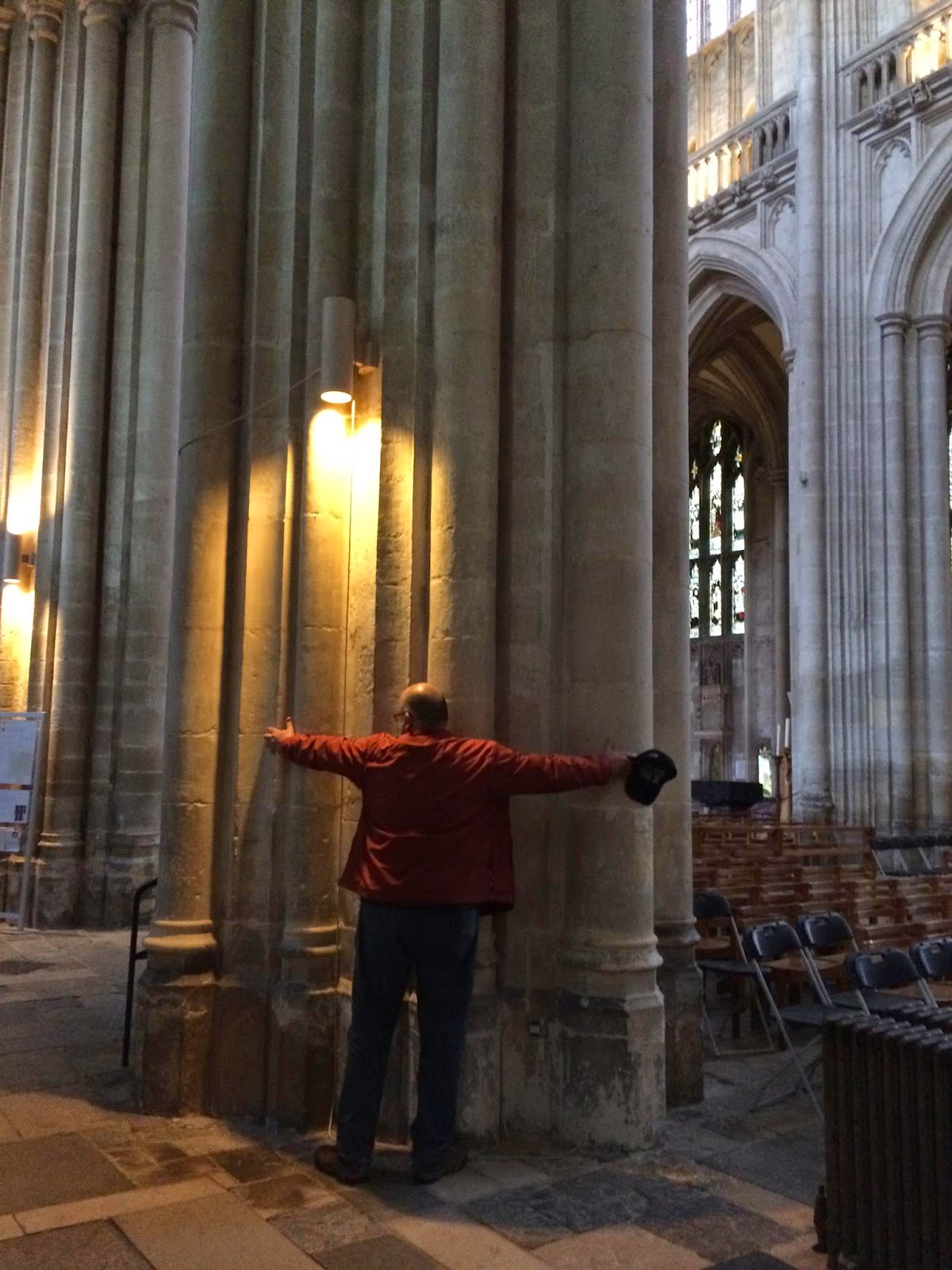 One other little point to ponder -- The Rock of Cashel is great to visit, but it is a RUIN -- it dates from just a little LATER than Winchester, yet all the old stuff is purely a ruin.

The simple, no doubt flawed, but still worthy of some thought point is "winning is better than losing". Were the Brits "bad" -- certainly they were at least sometimes, but building a giant empire was also not "easy", took some motivation and gained long lasting rewards for the nation.

Fail to "win" and priceless things like Winchester Cathedral fall in and are piles of rubble with maybe a few walls still standing rather than what you see if you go to the link, or better yet come here. There **IS** a difference!

Email ThisBlogThis!Share to TwitterShare to FacebookShare to Pinterest
Labels: travel