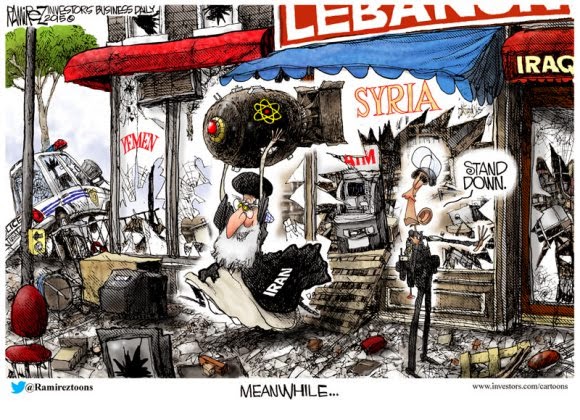 The Baltimore Mayor made her comment "It's a very delicate balancing act because while we try to make sure that they were protected from the cars and the other things that were going on, we also gave those who wished to destroy space to do that as well, and we work very hard to keep that balance and to put ourselves in the best position to de-escalate."

She later said it was a "mis-speak" -- she meant "space to DEMONSTRATE". I'm guessing that may well be unfortunate but correct. It is an interesting choice of wrong word -- it is hard to imagine the media letting an R get away with it.

BO however doesn't seem to have any trouble with words. Both in Baltimore and with Iran he seems to be very willing to give "space for destruction". His position in both places seems to be that both Iran and the rioters are justified in their grievances, so it is legitimate for them to do some destruction until their demands are met.