I finished the linked book and enjoyed it very much.

On our trip to the Dingle peninsula in Ireland we visited the South Pole Pub in Annascaul where I had a pint of Crean's Irish Lager and bought the glass. 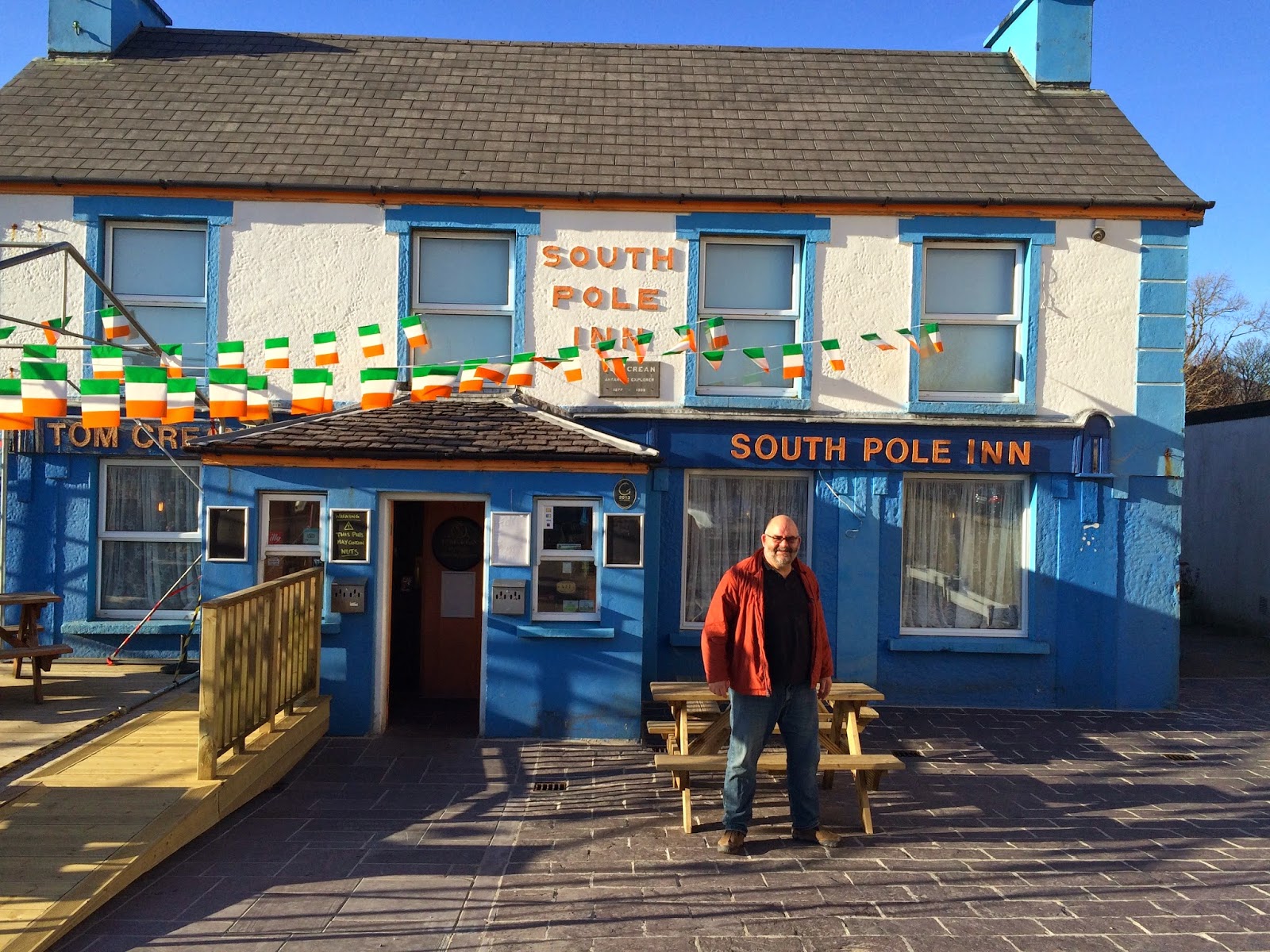 Crean made three voyages to Antarctica.

The book "Endurance: Shackleton's Incredible Voyage" is in my opinion the greatest true adventure tale ever told. It is in one of the two greatest "successful failures" in history, the other being Apollo 13. Although on the human endurance front, the length of time, the isolation, and the self-reliance to get out on their own, Endurance stands alone. The ship was named with such foresight it defies belief!

If you are only going to read one book about the golden age of arctic exploration, read Endurance, but if you are reading two, this one has a lot to suggest it (especially if you have any plans to go to Ireland!). It gives you an overview of that time when people thought of exploring the poles in the same way as we thought of exploring the Moon in the '60s. It gives you an overview of the British being stuck to the "man hauling" technique while the Norwegians used dogs and skis and accomplished much more with much less loss of life.

The item I enjoyed the most that I think I had heard hinted at somewhere, but I don't recall being covered in "Endurance", relates to the crossing of South Georgia Island by Shackleton, Crean, and Frank Worsley (the greatest navigator in the history of the world). The route that they took was not crossed again until 1955 by a group of explorers with full gear over a week of time. Given the fact that Shackleton, Crean and Worsley had no tents, so were forced to do it before they fell asleep and died of exposure, comparisons are questionable.

The highly interesting aspect of the crossing is that each of the men, interviewed separately in later years with no communication with each other, each said that "there was something odd about the journey ... multiple times I was certain there were four of us". For the believer, an explanation is pretty easy -- it is very hard to imagine everyone surviving the Endurance voyage without divine intervention. But as always, it COULD be explained by "skill, luck, great personal strength and will, ... or possibly space aliens". Those that are certain there is no divine intervention tend to find space aliens more likely.

That was my FAVORITE part -- it is far from the only great part. Crean has a number of exploits including a solo 18 hour 35 mile hike when food had run out and the men could no longer move that saved the lives of Edward Evans and Bill Lashly. Evans went on to become an Admiral in the Royal Navy and never forgot Tom Crean.

The best way to get some perspective on these guys is to think of them as the astronauts of the day. Humans always had heroes for 1000s of years -- real heroes. Soldiers, explorers, musicians, artists, etc.  The polar explorers were major heroes of 100 years ago. Those of us alive in the '60s knew what it was to have special heroes in the astronauts.

Given a lot of the response to "American Sniper" perhaps at least in N America and Europe, the astronauts  might be the last heroes before we "progress" to a world of "equality of result"?

Tom Crean had very few if any equals in polar exploration. I rather enjoy a world of actual diversity -- of gifts, skill, result, thought and a million more aspects. Perhaps I was born too late.