No Dinosaurs Harmed In Jurrasic Park

An entertaining but shallow little column. There are plenty of stupid conservatives -- on most topics I'm one of them, but then there isn't any good reason not to be entertained by our self-declared political "betters".

I loved the little argument in the column about someone "towing the party line", it is SO much like standard conversation with liberals ... 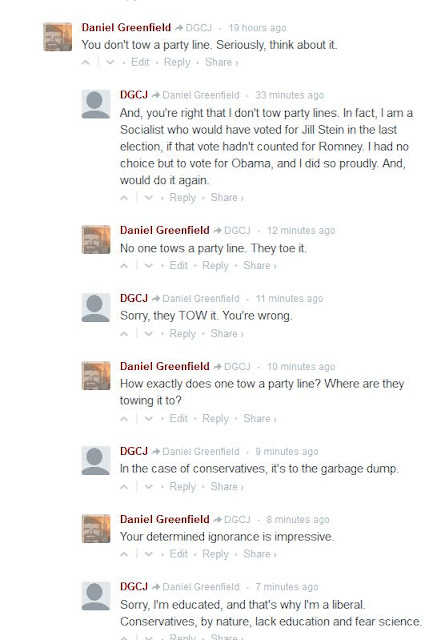