The damage that BO has wrought is local, national and global. Surging crime is one of the local effects.

Even here in sleepy Rochester we saw a young hispanic empty a large cap mag into a group playing basketball near a school in broad daylight, killing one and wounding two others.

When the President, Attorney General, and the Justice Department largely side with the thugs, the thugs get braver and law enforcement takes cover. The reverse of what law abiding citizens want.

The lawful use of police power is being met by hostility and violence, often ignored by the press. In Cincinnati, a small riot broke out in late July when the police arrived at a drive-by shooting scene, where a 4-year-old girl had been shot in the head and critically injured. Bystanders loudly cursed at officers who had started arresting suspects at the scene on outstanding warrants, according to a witness I spoke with.

I wrote about this earlier this summer as it started to be reported in the some right wing press -- now it is up to the WSJ editorial pages -- about as good as it gets for right wing reporting. The MSM is still pretty mum -- crime is now surging. People are aware only anecdotally.

The saddest part of left wing policies and evil in general is how quickly destruction comes vs how long and arduous the path of good! After the destruction wrought by the left in the 60's, cleaning up the US cities was a HARD, SLOW and EXPENSIVE process that started in the '80s with increased policing, longer sentences, more prosecution of petty and "gateway crime", and "fixing the broken windows". We stuck to it through both the Clinton and Bush administrations and saw many previously unsafe areas of our cities become safe once again. It was not easy!

The wages of BO are ultimately death -- locally in crime, loss of jobs, self reliance and self respect and the wrecked healthcare system. Globally in instability, the rise of bad actors in Libya, Egypt, Syria ... and the enhanced power of bad actors in Russia, Iran, North Korea, China, Cuba, etc. How much death? Like Pandora, once released, how far the stench of evil reaches is very hard to predict, but the time of prophesying evil is now over -- it is now on the rise for any with eyes to see. 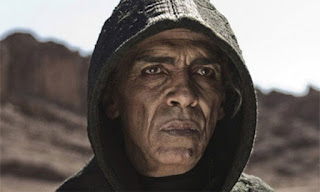