Danes Rethink a Welfare State Ample to a Fault - The New York Times: 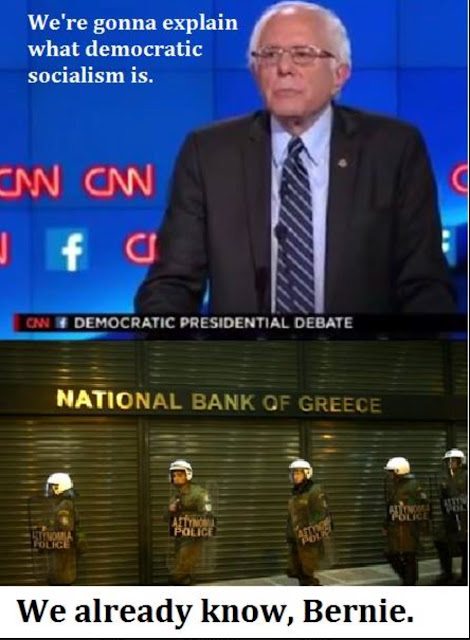 The picture meme isn't in the article ... but it should be!

I covered the insanity of BS (Bernie Sanders) thoughts on Denmark relative to the debate here. When you get far enough out on the left that even the NYTs thinks you have slipped the surly bonds, nature is telling you that you are a few sunflower seeds short in your trail mix!

Not a bad article -- you can almost see reality from there, high praise from me for the Times! A sample:


"With little fuss or political protest — or notice abroad — Denmark has been at work overhauling entitlements, trying to prod Danes into working more or longer or both. While much of southern Europe has been racked by strikes and protests as its creditors force austerity measures, Denmark still has a coveted AAA bond rating. But Denmark’s long-term outlook is troubling. The population is aging, and in many regions of the country people without jobs now outnumber those with them. "