Here we have the obvious being stated directly and openly by The New York Times:


With Senator Ted Cruz taking nearly 28 percent of the vote and Senator Marco Rubio getting 23 percent, each vastly surpassed the results for any other Latino candidate in any previous United States presidential contest.

How is that not being celebrated as historic or at least worth a headline for a day or two?

The answer is not that complicated: Neither Mr. Cruz nor Mr. Rubio meets conventional expectations of how Latino politicians are supposed to behave.

The phrase that flashes before brain is "the banality of evil" ... how natural it is for evil, in the form of oppressive groupthink, "just the way things are", "everyone thinks this way", or  "how else could it be"? Becomes as natural as the air we breathe.

"The Party" (TP-D) controls the definitions, the categories, the "zeitgeist"-- the spirit of the age, intellectual fashion, the school of thought.

Classical Liberalism -- the kind that valued independence of thought, rule of law, and economic freedom was the opposition of single party rule. The kind of rule that defines how people MUST think to even be identified as part of their own racial group.

Take Ben Carson -- one would be hard pressed to hear anything about his blackness, and indeed, like Cruz and Rubio, TP does not consider him to be black. Part of being black is voting TP and ascribing to the TP position on issues ... the zeitgeist. Bill Cosby lost his blackness when he dared comment that blacks needed to have some level of decent public behavior after riots like Ferguson. He was thus labeled an "Uncle Tom" and so lost the immunity that had allowed him to treat women like Bill Clinton has for decades with impunity.

TP decides! For the bulk of the population they decide much of "normal thought" every day  -- they ARE the "zeitgeist", so what they say and do on a daily basis is "just the way things are".

America was intended to be a country with freedom of speech and thought and diversity of IDEAS! As TP so calmly and "chillingly" (if you are not a sheep) points out, even the vaunted "diversity" today is ONLY "diversity as defined by TP"!

You think Rubio and Cruz are Hispanic and Cosby and Carson are Black? TP is in charge of that definition as they are of ALL definitions. TP defines what is black or white, good or evil, intelligent or backward, and the vast majority of your fellow citizens are VERY comfortable with that power being held by TP.

In fact, so are you and I unless we make CONSCIOUS effort to FORCE ourselves to look at reality outside the confines of the  TP controlled environment!

This is the way that freedom ends. All categories are subsumed to being only "Of the Party" or it's enemy! Racial, ethnic, geographical, religious, social, intellectual, family, gender and class distinctions become merely  "are they a member of THE PARTY, or are they not"? The party defines and administers all the old categories, which are only recognized and defined in relation to TP.

Are you "Hispanic"? TP decides. "Educated"? Whatever TP chooses is the answer. Is your group one that deserves special treatment in hiring, education or government largesse, or are you in a group that is "bitter, hateful, lagging, racist" or otherwise to be sanctioned, controlled and maligned in the daily news and scolded by BO?

The banality ... the "common feeling", the "resignation to what MUST be right because it is EVERYWHERE" ... this is where the Gulag and the Gas Chamber become a barely noticed element of "the way things are".

Evil always hides best in plain sight. True evil is always dressed up as "the good". It is in fact SO GOOD that any disagreement with it is by it's very nature "evil" -- don't worry. TP is happy to inform you of EVERYTHING ... your race, your religion, your intelligence and yes, most importantly, your MORALITY. 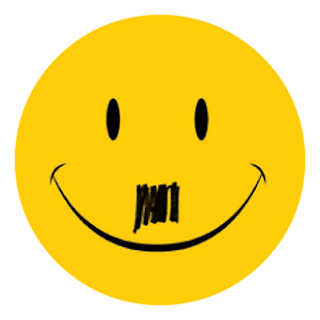