The linked article is a rundown of the generally bad global economic conditions, but the bottom line is the heading -- demand is low,  government needs to provide more stimulus!

When IBM got to the point in the late 1980's that the average "span of control" (people per manager) was 7, I used to comment that we had "management for management's sake". We had completely forgotten what the business of the company was -- PRODUCING innovative and high quality solutions that customers wanted to buy, and were instead bogged down in "process, corporate programs, tracking and bureaucracy".

By '93 when they brought in Gerstner we were bleeding red ink and rapidly nearing death. We now have arrived at "government for government's sake".

US GDP percentage officially spent by federal, state and local government is supposed to be around 35% now -- it was 40%+ in like '09-'10. In Europe and elsewhere it stays over 40%. I'm not really sure ANYONE has a good idea of how much of "production" is now government "stimulus".

In the 1980's, Ronald Reagan revved up the "engine of capitalism" for what might have been it's last run, and we grew nearly continuously from '82 until 2000. Does anyone remember capitalism? It gets a lot of blame now, but in '08 and '09 especially we took that golden goose of capitalism into the DC operating room and it didn't come out -- but it still gets blamed a lot.

As near as I can figure, the "new goose" is government. It prints money and shits it out all over the landscape, the sheep run out and gather up as much of it as they can, and try to buy a few things from the remaining evil "businesses". You know, those idiots that are taxed and maligned every day for doing grubby work of growing, cooking, building, etc.  They might WANT to be "capitalists", but between BOcare, EPA, IRS, AMT, minimum wage, etc, they are basically just "undocumented government workers".

The geniuses in DC seem to have stuffed the old capitalist goose,  dressed him up in a top hat like Scrooge McDuck, put him in a window on Wall Street and claim he is alive. They sprayed some extra cash around the street to keep the folks moving the money from one stack to another happy, with the agreement they would send some piles back to the politicians in DC for the favor.

We have an old hag worth $50-$100 million stumbling around the country cackling about "income inequality" -- she was a bag lady delivering cash to Wall Street and a good deal of her pile comes from having sticky fingers (no, not like the Stones, that is her husband).

The richest guys in the US, Warren Buffet and Bill Gates, regularly go out and lament "income inequality" as well,  the public loves it and sees no problem with it. It gives the sheep something to do rather than listen to speeches about "the greatest problem of our generation" (climate change), or watching reality TV -- or politics, but I repeat myself.

They don't really need to do that anymore either though, because there is a new reality TV show that is pretty high in the ratings called "Running for Emperor" starring Donald Trump, that is picking up solid ratings. It's an odd time, one never knows what people will watch anymore.

Oh, and I heard that Doc Brown from Back to the Future, got lost in time, fried his brain on a Mr Fusion overload and is promising to use a "flux capacitor" to power the dollar presses to hyperspeed so EVERYONE can be rich! In the future, everyone is rich -- it's the only fair thing to do! 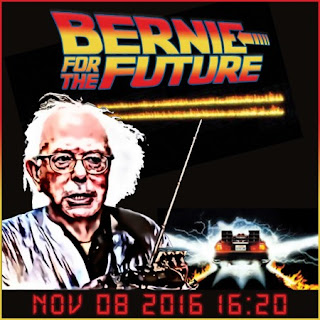