I usually try to make my cases in clear points and reason, but this one hits me emotionally and I know the reason.

Sometime in late February early March of '76, forty years ago, I set off on a spring break to Indiana in a snowstorm with two young ladies my age to visit some people we had met in 4-H a couple years prior.  (we are supposed to get 8" of snow today)

Five years ago while driving north to snowmobile in a snowstorm with my son and wife sleeping while I drove, I finally realized that I was the most boring young man in human history! I'm a slow learner -- the mothers that allowed their daughters to go along with me knew what they were doing. I then understood a conversation with a young woman about why it didn't work out long ago. Her succinct reason -- "My parents like you better than they like me".

I feel the same way about the full page Muslim ad as I did about that conversation. Why do our lefty neighbors choose Muslims over Christians? Why do our elites find Muslims "stylish" and Christians to be "hicks"? (bitter clingers)

Muslims share many of the elements of what secular society finds reprehensible about Christians. They are creationists, they hold homosexuality as a grievous sin, they believe that men and women have God given roles, they pray at work or school, they hold an ancient text as more holy than modern secular pronouncements.

They of course go far further than Christians. They make women wear hijabs and blame them for rape. They will kill homosexuals or adulterers if they become a majority. Once they do reach majority, they demand that the government be an Islamic State, by force if required.

The simple answer to "why" is CHRIST. He is, was, and always will be the DIFFERENCE. Islam may be far more restrictive and infinitely more violent than Christianity, but Islam rejects Christ, so the unholy totalitarian left is able to make it's peace with Islam but not Christianity.

Emotionally though, it hurts.

Emotions are like weather -- they pass. It is good to acknowledge them from time to time, but meaning of the sort to live by is a deeper truth. I'm convinced our cats have feelings, but other than Cabbage Cat (a feline philosopher that I consult with),  they don't reason much. Many "liberals" are similar ... without the soft fur and purr. 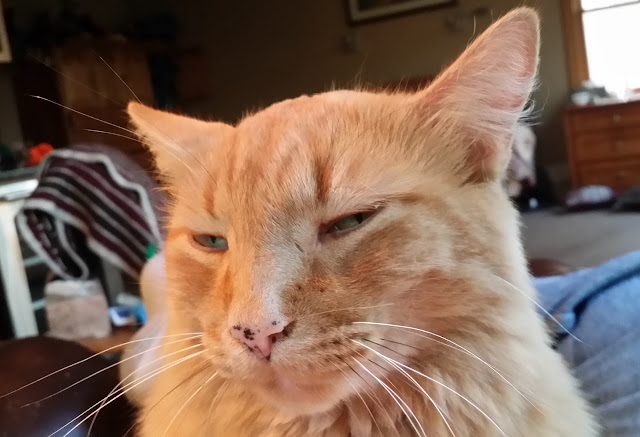 I cover  some reasoning on why "liberals" love Islam but hate Christianity here.  The embrace of "massive tolerance" for Islam feels somewhat the same as if the left leadership of MN put out a full page ad welcoming the Westboro Baptist Church to make their voices heard in MN. I'm not holding my breath on that ... though it would make far more rational sense than the Muslim ad.

If you want to cover a yet deeper philosophical understanding of why western secularism finds Islam preferable, it is covered in this post ... the punchline is that Islam and Leftism agree that "there is no truth".

So we Christians and believers in the exceptionalism of Western civilization have been jilted for Islam. It isn't new -- they love Communism and Fascism as well. (covered that recently here).