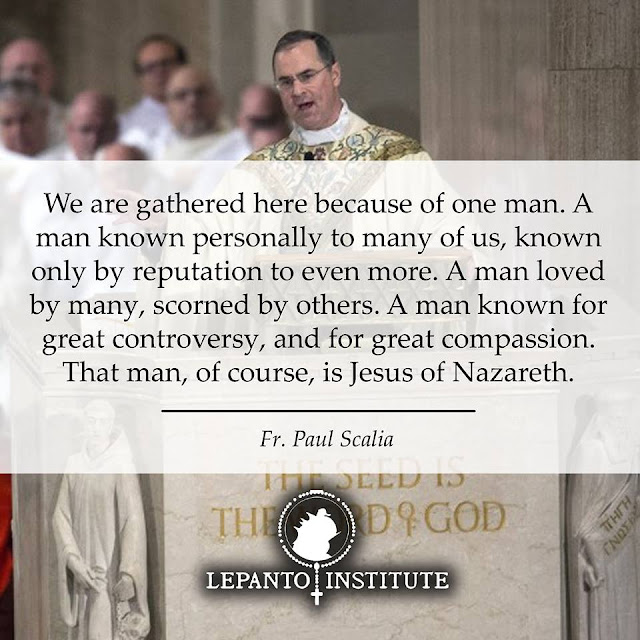 I can imagine articles similar to the linked being written for Jesus after the crucifixion. "He mostly failed ...".  Given the direction of the country, I suspect they are right about Scalia, but God will provide the ultimate determination of that as well!


Antonin Scalia, who died this month, after nearly three decades on the Supreme Court, devoted his professional life to making the United States a less fair, less tolerant, and less admirable democracy. Fortunately, he mostly failed.

I thought this was rich ...


His revulsion toward homosexuality, a touchstone of his world view, appeared straight out of his sheltered, nineteen-forties boyhood.

It turns out that when tested on a PET scan, even people that SWORE they were "perfectly OK" with homosexuality were betrayed by their own brains displaying "revulsion". From a Darwinian POV, it is hard to imagine something less "adaptive" to the species, so from a scientific POV, that our our brains would be  so wired is anything but a surprise. Not surprising from a created POV either! So Scalia was human -- and admitted it, which is VERY unpopular today! Lying about even what your basic cells believe is the price "honor in the modern moral cesspool

But it was in his jurisprudence that Scalia most self-consciously looked to the past. He pioneered “originalism,” a theory holding that the Constitution should be interpreted in line with the beliefs of the white men, many of them slave owners, who ratified it in the late eighteenth century.


Let's beat up on those dead white guys -- oh, and certainly trash what they bequeathed to us!  We are doing a hell of a job -- whatever they name the post-BO wasteland, it isn't "America"!

To be laid to rest after dying peacefully on a hunting trip at 79 and to have your Son preside at your funeral! It just doesn't get any better than that! I can think of nobody more richly deserving.

Oh, to have the kinds of enemies that wrote this column? PRICELESS!
Posted by Bill at 7:24 PM