"You shall do no injustice in judgement; you shall not be partial to the poor nor defer to the great, but you are to judge your neighbor fairly."


The Equal Protection Clause of the fourteenth amendment to the Constitution:

In order to understand "Equal Protection", you need to also look at the 5th Amendment. The Magna Carta, clause 39 stated it:


No free man shall be seized or imprisoned, or stripped of his rights or possessions, or outlawed or exiled, or deprived of his standing in any other way, nor will we proceed with force against him, or send others to do so, except by the lawful judgment of his equals or by the law of the land.


Nor shall any person be deprived of life, liberty, or property, without due process of law

If the US was to have remained a Constitutional Republic, ruled by laws rather than men, people that voted should all be very aware of this "decent of law". They would at least understand what is behind the 23 Lawgivers around the chamber of the US House of Representatives in our capitol.

The judgement of all humans is corrupt, but we can look back through history to the Bible and see that the temptation is to judge unfairly, differently for "the poor or the great". Corruption is corruption, IN EITHER DIRECTION!

One of the spiritual rules of the universe is that when there is an inversion of meaning -- left becomes right, good becomes evil, evil becomes good, male becomes female and female becomes male, then you see the hand of Satan operating directly before your face. Let those that have eyes SEE!

The "Progressive Income Tax" in the US -- along with "Affirmative Action" and other such laws are examples of inversion! They EXPLICITLY celebrate the corruption of judgement as being a "good", when it is declared directly in the Bible as an EVIL. The corruption of judgement destroys and invalidates law. Without law, there is no civilization except that based on raw power and coercion.

The root of the end of America was the abandonment of God -- the increasing evidence of Satanic inversion is simply the proof of the fact that God's judgement is certain and as Reagan said: 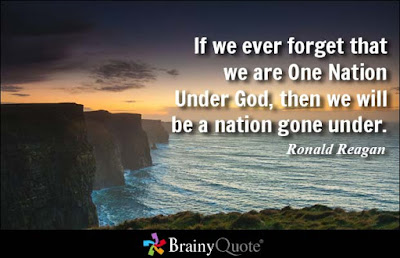