How Tiger Woods' life unraveled in the years after father Earl Woods' death: 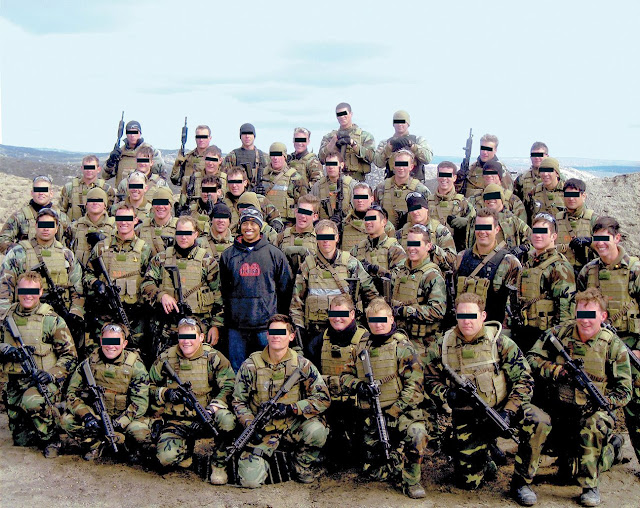 So we find out that Tiger wanted to be a Navy SEAL and in fact did a lot of training with them and some of their contractors and it is likely doing THAT where he destroyed his body! The media never really cared enough to tell the public what this at one time most famous of all athletes was up to.

"To many people inside Tiger's circle, Jack Nicklaus' record of 18 majors wasn't as important to Tiger as it was to the golfing media and fans. He never mentioned it. Multiple people who've spent significant amounts of time with him say that. When Tiger did talk about it, someone else usually brought it up and he merely responded. The record instead became something to break so he could chase something that truly mattered. He loved the anonymity of wearing a uniform and being part of a team. "It was very, very serious," the friend says. "If he had had a hot two years and broken the record, he would have hung up his clubs and enlisted. No doubt.""

Many of us found out just over the weekend that Prince was a Jehovah's Witness -- although that was in the news more than the Tiger SEAL thing I believe. In our giant Democratic Party / Media / University / environmentalist / race industry / grievance group-driven pseudo culture of BOistan how DOES it get decided what stays undercover, what is worthy of destroying a given person, what must never be forgiven, what must never see the light of day, etc??

Does the fact that the Jehovah's Witnesses are a fairly obscure religious group that doesn't get involved in politics provide enough cover that a globally known artist like Prince is exempted from the destruction of his life and career for having had the gall to question the rightness and sanctity of TP in an interview in the New Yorker no less?? Is the fact of his small and fairly androgynous physical appearance enough to make the sin against The Party (D) of being BAPTIZED into a conservative CHRISTIAN church worthy of simply covering up rather than publicly humiliating him?

I can understand Tiger Woods a bit more. TP has a rather sketchy relationship with the military anyway. I can imagine somebody commenting on something about Tiger in that photo that stands out about as much as the fact he is dressed differently. I'm pretty sure the SEALS are happy to have anyone that can pass the training -- and **FEW** can pass it ... white, black, yellow, green or Klingon (although I bet they would be interesting to watch).

The biggest point that hits me is how much we "believe" that pretty much any "news" or even rumors/lies/ hearsay about anyone even as remotely famous as Prince and Tiger is CERTAINLY being shared even when it SHOULD NOT BE! We may believe it, but what we DON'T hear about is often way more important than what we do.

While there are things like "Journolist" that provide SOME level of coordination, it is likely more a case of "journalist interest" -- Prince seems like a decent guy that likes his privacy to them, probably the same with Tiger -- if Prince wants to join some weird church, Tiger wants to play with the military and have a bunch of women on the side, "no harm to foul". They hear about it, they let it pass. Not really "Black Helicopter conspiracy" ... but basically a "natural conspiracy".

Obviously a Ben Carson saying he "was offered a scholarship at West Point" vs somebody from West Point telling him he WOULD get in is completely another thing and enough for a giant multi-day story. A black man that runs as Republican needs to be "smoked out" ... clearly he has skeletons in his closet, bats in his belfry or  all manner of unholy predilections to leave the TP plantation THAT much!

The Tiger story is longish but fairly worth it. Trying to generate meaning in a meaningless life is not an easy thing. Once great athletes floundering upon retirement isn't unusual ... "I used to be Tiger Woods" can go through a mind -- a person that was defined by winning majors, chasing records, being on commercials and being the #1 golfer in the world. Bad back and bad knees with a lot of money isn't the same. Sometimes I think the epitaph for Western civilization will read "Man does not live by bread alone" (but by every word that comes from the mouth of God).

I seem to be WAY behind on what is/was going on in the lives of the rich and famous!

Email ThisBlogThis!Share to TwitterShare to FacebookShare to Pinterest
Labels: media