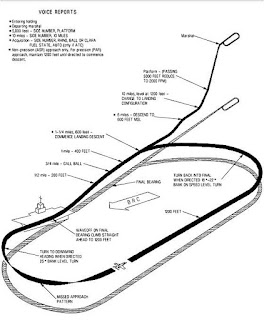 A little change of pace. A good article full of details about the incredible capability of the only nation on earth able to carry out night all-weather carrier ops.

Even if we don't lose this preeminate position as we lost our spacefaring capability, there will be a time in the not too distant future when the computers do the landing, and then shortly a time when the only thing flying are drones. My guess is that in the next war, the carrier goes the way of the battleship, but part of life is appreciating the miracles of today.

To consistently put jet aircraft on the deck of a carrier at night and in stormy weather is a feat that ranks at the very top of individual and group operational skill. Greatness is not a right -- it is EARNED. We were once a nation that went to the Moon ... even in our decline, we still have men who can work together to accomplish incredible feats as "part of the job".
Posted by Bill at 8:40 AM

Email ThisBlogThis!Share to TwitterShare to FacebookShare to Pinterest
Labels: air and space, technology