The Face Of The Ubermensch?

When Nietzsche decided god was dead, he realized that new "myths" would be required for mankind to function.  I look at this face and think of Helen of Troy, the woman over whom the Trojan War was fought in Homer -- "The face that launched a thousand ships". 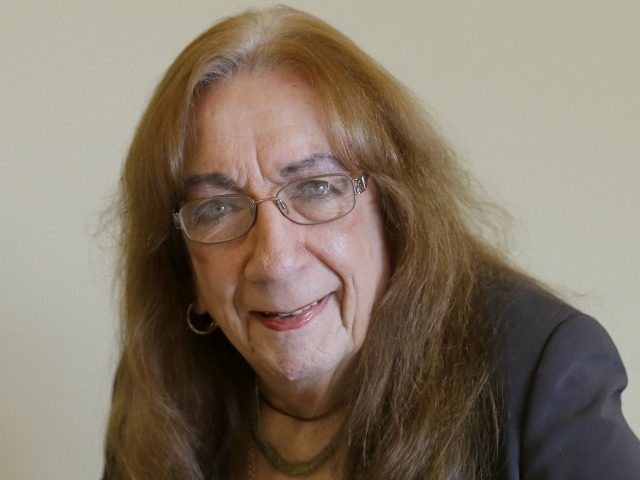 That is "Barbara" Satin, a "woman" whom BO appointed to the President's Advisory Council on Faith-Based and Neighborhood Partnerships.

I believe that I shall remember that face as "The face that launched millions of men into the bathrooms and locker rooms of our wives, daughters and granddaughters".

From reading Nietzsche, I know his "Ubermensch" ( "Superman", maker of myths) was imagined to be more like Hitler -- and Hitler considered himself a "post god, god", much as BO does.

We have forgotten all the myths -- Icarus, Prometheus, Pandora. We are certain we can strike down the "old" and "something wonderful" will this way come.

Indeed, Ideas DO have consequences!