If somebody had hacked the Trump campaign, we would be reading a daily stream  of embarrassing items, and WHO hacked it would either be a hero, or immaterial!

As it is, TP has declared that "Putin did it to help Trump", so nobody cares about whatever it is that TP had to say about their donors, "Taco Bowl Outreach",  the fact that they rigged their primary for Hildebeast, or much of anything else. Certainly not the screen grab from below.

Yes yes, **I**, and people that care to take the time to look understand that the left wants to destroy "Western Heritage" (Civilization / Culture) and replace it with pagan tribal "culture".  The idea that "Western Heritage" --- Christian, Greek, Roman, etc is somehow "National SOCIALIST", especially in the completely godless form of Hitler, is a complete non sequitur, but it is what much of the left thinks. When you don't believe in truth or consistency, "non sequitur" isn't really part of your vocabulary! 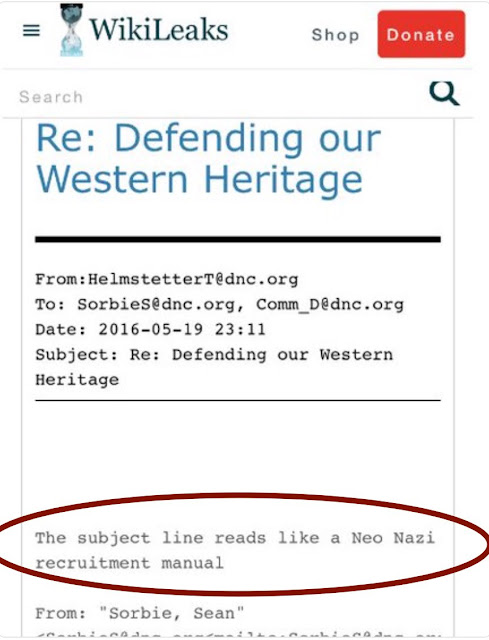