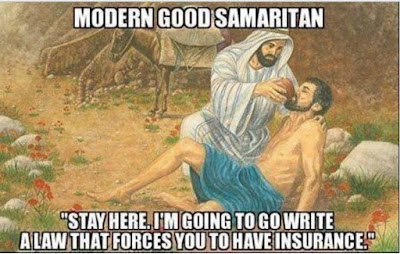 By the time you get to the end of this post, you will know how to fix the healthcare system.

This post is important -- we need a little background Friedman that PJ O'Rourke has enhanced to stick in our brains first relative to how money is spent. This is taken from his book "Don't Vote, It Just Encourages the Bastards!" 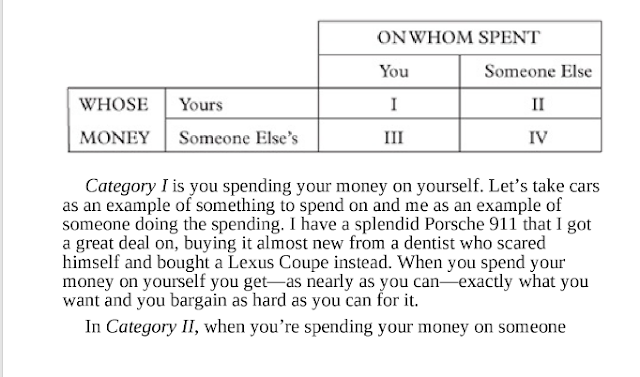 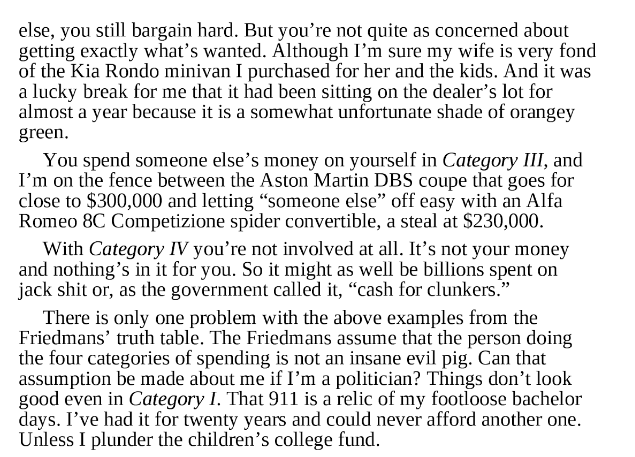 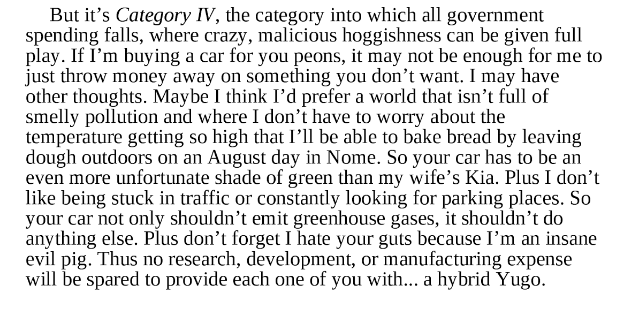 Now on to Milton Friedman on healthcare (I recommend you read the whole linked column, but I'm doing cliff notes here in case you are not going to). Milton has astutely observed that as technology has advanced in medicine, people in the developed world have paid more and more for health care, yet are generally less satisfied. Advances in technology in other areas (cars, tv, cell phones, the internet) have produced LOWER costs and GREATER satisfaction!

Rapid technological advances have occurred repeatedly since the Industrial Revolution—in agriculture, steam engines, railroads, telephones, electricity, automobiles, radio, television, and, most recently, computers and telecommunication. The other two features seem unique to medicine. It is true that spending initially increased after non-medical technical advances, but the fraction of national income spent did not increase dramatically after the initial phase of widespread acceptance. On the contrary, technological development lowered cost, so that the fraction of national income spent on food, transportation, communication, and much more has gone down, releasing resources to produce new products or services. Similarly, there seems no counterpart in these other areas to the rising dissatisfaction with the delivery of medical care.

So apparently, having 3rd parties -- employers, insurance companies and government buy our healthcare has provided us with a very expensive off color Yugo healthcare -- and we are surprised? But it's worse than that -- because government is involved.

Some years ago, the British physician Max Gammon, after an extensive study of the British system of socialized medicine, formulated what he called "the theory of bureaucratic displacement." He observed that in "a bureaucratic system . . . increase in expenditure will be matched by fall in production. . . . Such systems will act rather like ‘black holes,’ in the economic universe, simultaneously sucking in resources, and shrinking in terms of ‘emitted production.’" Gammon’s observations for the British system have their exact parallel in the partly socialized U.S. medical system. Here, too, input has been going up sharply relative to output.

Why is government different? It combines typical human hubris and incompetence with monopoly power -- in fact,  potentially total coercive power.  How to escape from this morass, now made much worse by BOcare? Well, the "perfect solution" would be:

The ideal way to do that would be to reverse past actions: repeal the tax exemption of employer-provided medical care; terminate Medicare and Medicaid; deregulate most insurance; and restrict the role of the government, preferably state and local rather than federal, to financing care for the hard cases. However, the vested interests that have grown up around the existing system, and the tyranny of the status quo, clearly make that solution not feasible politically. Yet it is worth stating the ideal as a guide to judging whether proposed incremental changes are in the right direction.

So what does this all mean in simple easy to understand terms?


A lot of this unfortunately assumes that we re-educate people on some of the basic facts of life that our political and educational system have hidden from us so they can shear us.

The whole Friedman article is WELL worth reading. We COULD solve our healthcare issues in the next year or two -- I only hope that Trump and his advisors are looking at this sort of information!
Posted by Bill at 10:23 PM