In this time of mass media and the internet, human life is one of constantly being persuaded/manipulated/marketed than it ever has been. Marketing streams at us pretty much every waking moment, the media has an agenda, the political parties have an agenda, and certainly Trump has an agenda -- he is preseident because he is a better persuader than either party or the mass media.

I'm not at all certain HOW he manages all he manages. Sure, some of it is obvious -- the fact that Trump is able to have the media chasing around like a cat after a laser pointer by tweeting. His tweets have the same effect on the media and much of the hard left as seeing a squirrel does on Doug the talking dog in this clip.

We could just keep quoting -- number of Chicago murders vs a single black killed by police, gun deaths vs heroin deaths ... the use of selective numbers is a constant form of the manipulation we deal with. Likely voters or straight poll of "Americans"? Deficit in raw numbers or as a percentage of GDP? All these and more are used to attempt to get people to think what the manipulator of the moment wants to have us think -- and the biggest manipulator was always the MSM prior to Trump.

The use of polls or not using polls is another. I wasn't even aware that controls on abortion had a strong plurality over abortion on demand -- not one of those messages the media is interested in making clear. 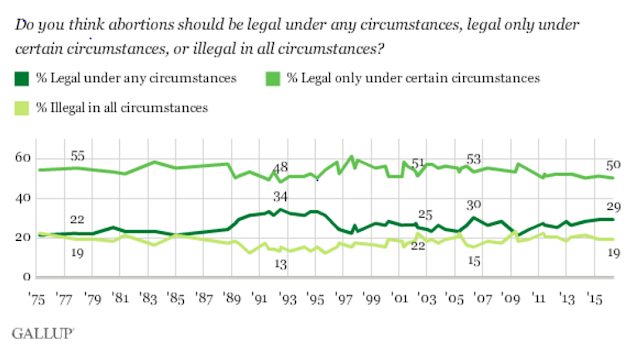 Not much of this is new, but what is new is TRUMP. Does his incessant apparent obsession with the crowd size at the inauguration have an actual purpose, or is he just "insane / stupid" as the MSM tells us? Could he really be purposely holding the media on the "numbers thing" to force them to pay attention for the March for Life?, or if he can't get them to do so, reduce the media credibility even farther? Does it actually work for him to "stupidly focus on the numbers" so that even the most media addled see at least subconsciously that "it takes two to play the stupid numbers game"?  I mean, if it is "ridiculous to focus on crowd size",  then why is the MSM interested in it sometimes and not others?

Up until Trump was elected, the MSM story was that "he doesn't really care about abortion" -- I suppose similarly to them saying that "BO isn't really against gay "marriage" in 2008 -- he just SAID he was'. What I find interesting is that even though Republicans were supposed to be "the party of life" for the entire time since Roe, Pence will be the FIRST VP to talk to the March for Life rally! Taking a base that you feel you own for granted has been one of the tried and true methods of both political parties for a long time.

The ultimate question that still begs for me is if Trump is playing chess while everyone else is playing tic-tac-toe.