Fauxcahontas Gets a Timeout

‘Nevertheless, She Persisted’: How Senate’s Silencing of Warren Became a Meme - The New York Times: 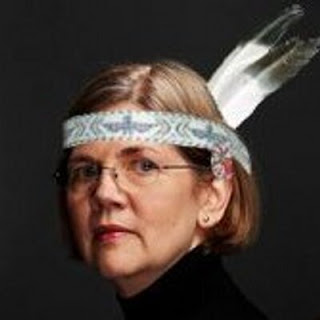 Somebody eventually needs to let the left know that rules are not created to protect the strong. Yes, yes, Fauxcahontas and all sorts of women's rights folks are very proud of their ability to ignore rules, propriety, tradition, etc. Jezebel in 2 Kings thought taking on the strong without any rules was a great idea -- she ended up being eaten by dogs.

Even the common turncoat McCain had the following to say:

“You don’t insult — whether it be from a letter, or from a message from God, or on golden tablets,” said Senator John McCain, Republican of Arizona. “That’s the rules of the Senate.”

"The Party" (TP-D) seems in a mood to put pussy hats and vagina outfits up against big guys with assault rifles wearing cammo, while proudly screaming "NO RULES"!

Whatever blows their skirts up I guess.

Email ThisBlogThis!Share to TwitterShare to FacebookShare to Pinterest
Labels: law