I Still Love America, I Just Miss Her

America: Can You Stop Loving Her if She Changes? | National Review:

Jonah Goldberg is having a tiff with the editors of NR over "What is America" (Rich Lowrey is editor in chief). The editors declare they would still love America even if it had a completely different set of ideals -- and Jonah apparently doesn't realize that the area of N America where the nation of America used to exist DOES have a completely different set of ideals -- which is why I call it BOistan.

Rich started by saying that America is a nation, not an idea. He then went on to demonstrate the ways in which America is a nation (it’s got borders and a people and a culture and the like). That’s fine with me, I suppose. I concluded a while ago that the “Nation vs. Idea” argument is poorly framed. If all you have to do is cite borders, roads, and a post office to prove it’s not an idea, then what’s the point?

"Idea, ideals, values, principles" -- The TRUTHS that America held  to be self evident and endowed by GOD. To believe in America is to believe in divine founding -- else there are no transcendent truths, and America could not exist without transcendent truth. The founders certainly allowed people to live in the territory of America (the neccessary but not sufficient borders) without acknowledging God -- they were just to pull themselves up by their own bootstraps and declare that the founding principles were self evident "just cuz" ... like created equal without any creator, rendering "equal" just another man made thought changeable by the only remaining moral authority when God dies -- power. "Might is right" with a ballot or a bullet.

Roe V Wade, Obergefell, BOcare, not impeaching Bill Clinton, 20 trillion in debt and a few hundred other things finally convinced me that "We weren't in Kansas (America) anymore".

The unwillingness of someone of Goldberg's stature to even recognize that we are fish swimming in a BOistani rather than American pond is traumatizing -- failure to recognize and accept reality is not a good sign for ability to remedy our situation. Jonah ends his column rather whimsically for such a serious matter.

Imagine one person tells you that his ideal form of government would be to get rid of the Constitution and make Kim Kardashian queen. You’d think that person is silly, probably even deranged. Now imagine that 270 million Americans believed that and, having the necessary supermajority to pull it off, voted away our Constitution. As the coronation of Queen Kim, First of Her Name, unfolded on every channel, would you not change your view of America, her culture, and her people? Might you not fall out of love with America as it is?

My hunch is Rich et al. would still love America, but you know what America they would love? The America That Was. They might even join the resistance to the regime of Queen Kim (I’m fairly certain Charlie would) in an effort to restore self-government to America. And here’s the funny thing: They’d be fighting against the American nation in the name of that great and glorious cause, the American Idea. And that’s the crucial difference.

It would really be nice to have a discussion about what ideas/values/truths/etc that we seek to return to -- I think we need a much clearer picture of the America that we see receeding away from us ... sort of a philosophical version of this shot of Queen Kim ... only in this case a picture of  "The America That WAS" (TATW) receeding -- what would she look like in your mind? 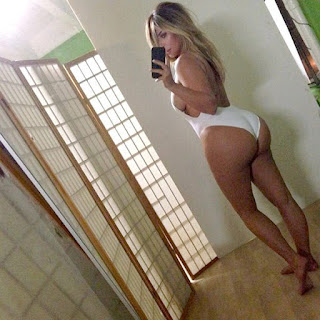