No, not THAT Jesus, he has been missing in Vegas a LONG time !  ... Jesus Campos, the security guard once a "hero" for interrupting the Vegas shooter, Stephan Paddock, and sustaining a wound to the leg. The later story was that he was shot BEFORE the shooting began -- the current "story" is that they can't find him.

The Vegas shooting has all but disappeared from the daily sheep feedind diet from the MSM.

I really enjoy how the LA Times finds nothing at all suspicious about this in any form -- hey, it isn't like Trump having done business in Russia in the past, a sure "sign". In this case, the article closes with:

Always good to end with the proper message, just in case some sheep is looking at that "special sheep" a little too closely. 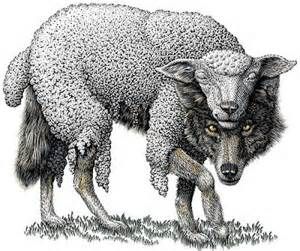