Those Who Judge Us Deploreables

As the media ritualistically sacrifices Harvey Weinstein on the alter of situational "morality", it is good to take a short pause.

We have long ago abandoned God, and now live in a totally corrupt godless age. Havey is a distraction -- he has been doing what he was doing since at least 2000 and most likely well before. The following paragraph from the second "stain" link:

Calling it a "thought experiment" is very generous, it requires no thought -- Harvey had the Clintons paid off, no doubt Bill in both money and women. This is old tired news ... Teddy Kennedy, Chris Dodd, Gary Hart, Barney Frank (except he liked boys, so was "speical"). If you are in good standing with "The Party", TP-D, **AND** they have the power they usually do, then you can do what you want!

This has to be making Slick Willie squirm a tiny bit -- post Teddy Kennedy, TP sold it''s laughable "moral standing" completely away so that he could survive raping, fonding, BJs in the oval office, staining the blue dress, and no doubt a stream of abuse of women before and after that make Weinstein seem like a Boy Scout (or is that a "Whatever Scout" now based on announcements this week?)

Yes, Yes, Trump said "pussy" ... oh horror. We deploreables all understand that "the deal" is supposed to be to get your mind right, take a knee to TP, and THEN, if you can get some power and get in with the big shots of TP, well, then you can take the spoils of female sexual servitude like the Kennedy's, Slick, Havey, etc.

The "deal" is that this was supposed to be a one way street -- the WORST they could dig up on Trump was that he said "pussy" to some guy ... HORRIBLE! The entire media, left wing, TP (but I repeat) myself was SHOCKED! Shocked I say! That those knuckle dragging Bible pounding Red State fools would not be agahst at such boorish language ... OK, Teddy drowned his young secretary, but there is no evidence he ever said "pussy"! That word is simply beyond the pale! 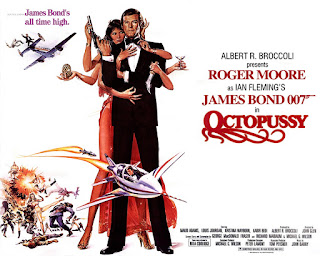 Yes, BOistanis simply can't stand such a horrible word as "pussy" would be exchanged in private between adult males!

Is Harvey some sort of an indication of a changes set of values from TP? Uh, no -- as long as Slick is still walking around in public, you can rest assured that the old deal is still alive. Certainly, with Trump in power, they don't have the sort of leverage they are used to, but throwing Harvery under the bus is a mere distraction -- there have to be payoffs for TP to keep running BOistan, and some of those have to be in young, soft, sensuous female flesh -- once you trade morals for power, that is just one of the "coins" that has to be delivered ...

However, as the well worth reading "Behold Our Betters" article closes ...

So why should we normal Americans respect these people? Why should we submit to being constantly scolded, lectured, and treated as morally bankrupt simpletons anymore?

We shouldn’t, and we aren’t, not anymore.

They wonder why they got Trump.

They are why they got Trump."