Cab exists, and you are a figment of his rather fertile imagination. He is the foremost feline authority on all topics philosophical, with epistemology -- the study of why Cab knows everything, and how he knows it, being his foremost area of expertise! 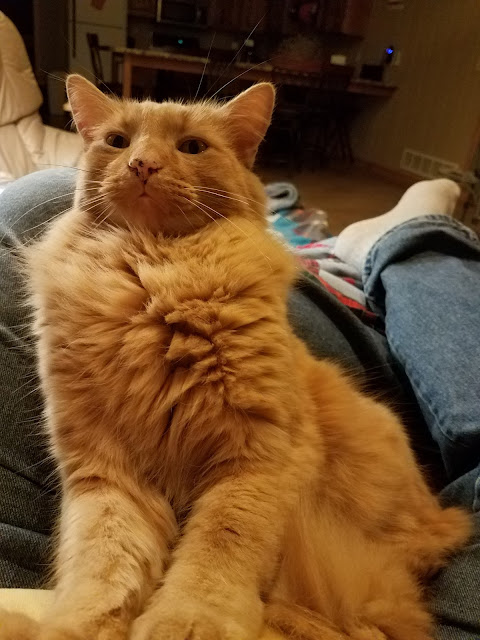 BO now has his own "Foundation", or as I like to call them ... "funds", because what they really do is provide massive amounts of tax free cash, living expenses, private jets, etc for those whose name heads up the "foundation", or "fund".  The linked article touches on a nice kickoff meeting in Chicago with BO himself there -- a place for the elite self-satisfied to believe they were in the "sanity bubble"

The sanity bubble! What a perfect label for the environs of the self-satisfied and righteous, the elegantly appointed ballrooms where the high and mighty, silhouetted in magenta up-lighting, nod reverentially at clichés mouthed by the latest faddish “thought leader,” before tucking into, say, a caprese salad with arugula and pesto, followed by spinach and gorgonzola tortelloni with caramelized pears and bleu cheese cream. Within the sanity bubble life is pleasant, comfortable, and agreeable, its niceties and pleasures and fixed ideas interrupted by only the maelstrom of political and economic change outside.

I live in the bubble. Always have, even if I have come to disagree with what my college professors would call the “hegemonic discourse” of postmodern liberalism, and to gag at the vanity and solipsism of many of my fellow residents. But never, especially after the 2016 campaign, would I mistake the confines of the bubble for the whole of reality. That is the mistake Hillary Clinton made when she decided that she could win the presidency without the support of a white working class mangled by economic stagnation, family breakdown, and drug addiction. And it is the same mistake the Democrats at the Obama Foundation and on Capitol Hill are making now, in real time, as they wrap themselves in the illusions that growing minority populations will carry them ineluctably to power, and that identity politics is somehow an electoral winner.

The Davos controlled beltway denizens and the Administrative State have no time for the "Bitter Clingers" or "Basket of Deplorables" ... they only acknowledge the existence of such people through denigration. While Cab is picky, he will tend to acknowledge all who feed him or properly pet him -- although, he may well bite the in the next second -- Cab and fate have that in common.

The elite are certain they are of ultimate importance, but Cab would be happy to bite them to make their "sanity bubble" just a tiny bit more "sane"!