What can possibly be Trump’s purpose in appearing so thin-skinned and petty?

Likely it is twofold. Most obviously he seeks to reestablish deterrence: don’t dare attack Trump unless you are willing to be dragged down with him into a netherworld whose rules he has mastered. Just ask Low Energy Jeb, Little Marco, or Lyin’ Ted.

If we have never seen a president stoop to fight with the NFL, we have also never seen the NFL kneel to self-destruct by offending millions of its fans. If the president cannot defend a national tradition of standing in honor during the National Anthem, who else could?

Second, he knows the politicians, media hacks, and celebrities who attack him are sanctimonious bullies by nature. Their professions traffic in self-righteous invective, with the expectation that they will be never be attacked in kind.


Many people are confused by Trump -- "thin skinned, immature, non-presidential", etc. All might be true, however, HE FIGHTS ... he is the first fighting president in the culture wars, and he has done a lot of fighting and a good deal of winning this past year. See Gorsuch as well as court appointments in general, as well as making headway against the Deep State.

The big Christmas gift to all productive BOistanis is Tax Reform. The exact parameters are still in doubt, however if SALT is removed or restricted, the corporate rate drops significantly, AMT is removed or the threshold raised, and there is SOME movement toward lower rates, I think we can expect at least a couple percent of GDP growth to be added on so that they could even quit faking the numbers if they wanted and show REAL GDP GROWTH!

It's been a LONG time since there was much of anything like "optimism" in ether the old America, or BOistan ... like 17 years ago in 2K. 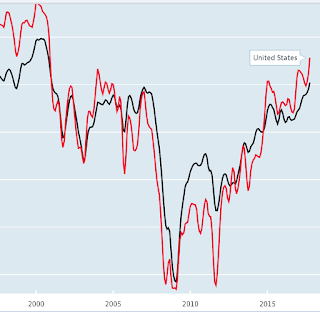 Certainly the constant attacks from "The Party" (TP-D), the Deep State, and of course the media will continue, however in their attempts to get Trump, they are causing themselves a lot of collateral damage, and not only in the area of "Sexual Correctness" ... ABC has suspended Brian Ross for 4 weeks for the Fake News that Trump had ordered Flynn to work with the Russians while a candidate. In fact, he was instructed to work with them AFTER the election when Trump was president elect -- a completely normal and expected interaction. Not that private citizens can't talk to Russians -- the Clinton Fund did A LOT of it for MONEY while transferring 20% of our urainium to them in the Urainium One deal!

Lot's of smoke coming out of the TP and media houses, BOcare at least heavily wounded as part of Tax Reform, SCOTUS, judicial appointments, bleeding from the Deep State, and the constant spectacle of lefty heads exploding.