What If Tax Cuts Work? 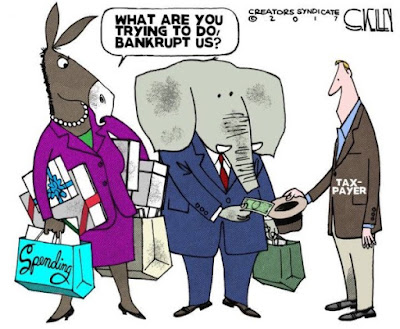 The Democrats and the MSM are sure that the D's are going to re-take the House and maybe even the Senate in 2018 -- both Trump and the Congress have terrible popularity numbers, so D / MSM alliance are certain that they will get at least the House. Just like they were certain that Hillary was going to get the White House.

"Economic growth has shifted into a higher gear. In 2016, the economy grew by just 1.5 percent, adjusted for inflation. But the past two quarters of this year have seen growth twice as fast. What's more, the New York Fed's real-time "Nowcast" model is currently forecasting 4 percent growth for the final three months of 2017 and over 3 percent growth for the first three months of 2018. Americans haven't seen such strong and sustained GDP growth since 2004."

Hmm ... the prediction of the left after Trump's election was a down market and economy FOREVER!

Will people turn out in droves in an off-year election to try to put the folks that want to waste more of their money back in power?